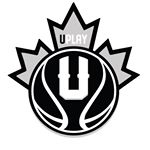 The six-foot-seven Barrett was the highest-ranked Canadian selected on Thursday night. He was also the first of six Canadians chosen in the draft, four in the first round and two in the second round, establishing a new record for Canada.

Ignas Brazdeikis of Oakville, Ont., was drafted in the second round, 47th overall, by the Sacramento Kings but was traded to Knicks where he will join Barrett.