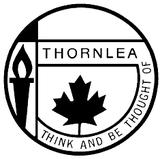 The 7-foot and 250-pound Canadian center played in two games for the Huskies this season, posting a season total of four points and two rebounds.

Brown will join three other Canadian on the roster, Scarborough's Emanuel Miller, Cashius McNeilly and Torontonian Jevonnie Scott, who is transferring in from South Plains College.